Due to the historic nature of the placer ground in the Langford/Tregillus Lake area it’s not possible to state the number of previous workings.

The last recent testing program of any magnitude took place in 2010 and will give viewers an indication of the type of terrain and the mix of gravels that comprise the surface materials. Other than the 1988 testing program that was carried out and recorded in the HMyers87ReportLangford copy most of the work didn’t involve digging down to depths beyond 5 to 6 meters.

The following images begin with a testing program that commenced during the summer of 2010.

1000 cubic meters of pay gravel were trucked over to the wash plant next to Langford Lake for processing. 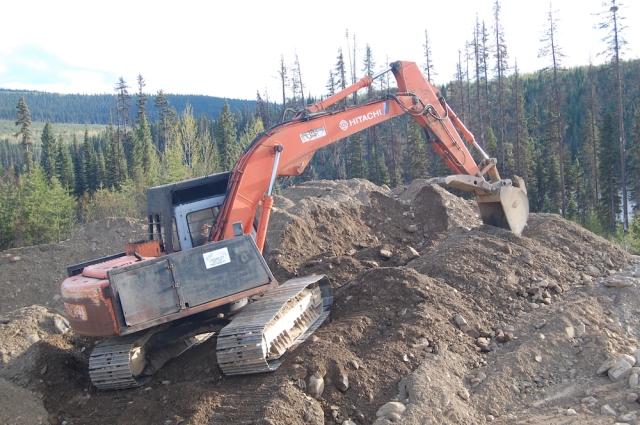 Gravels were piled and boulders to large for the trommel to handle were removed. 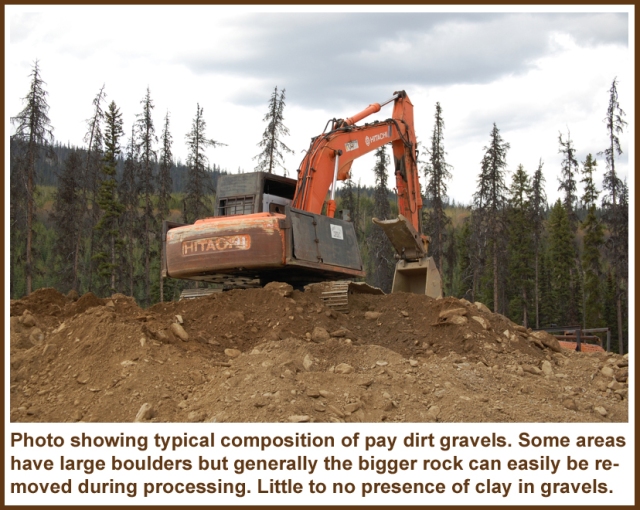 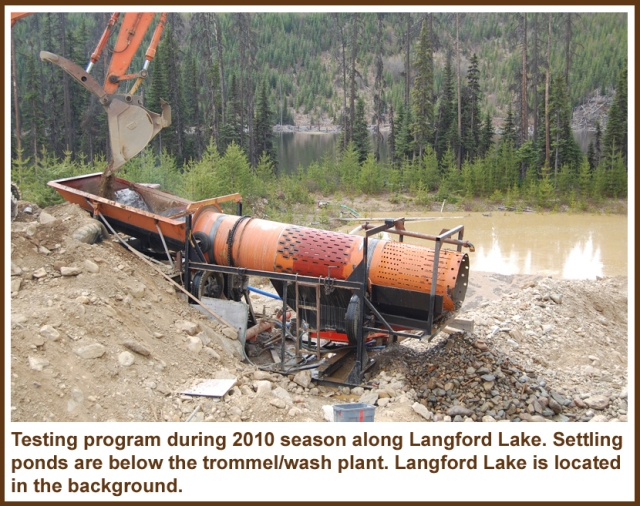 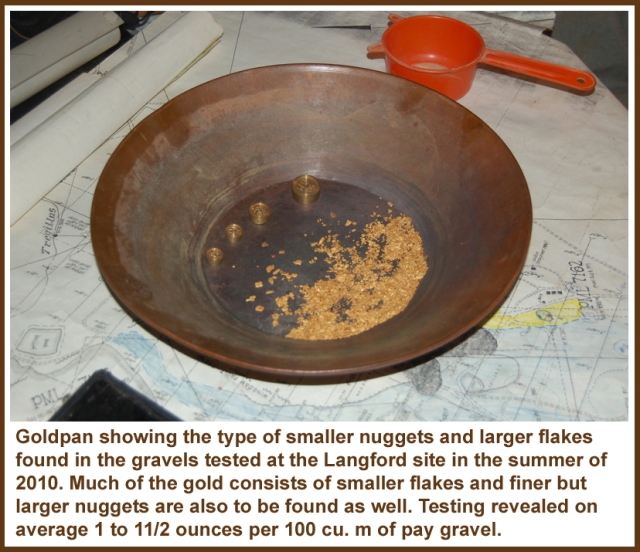 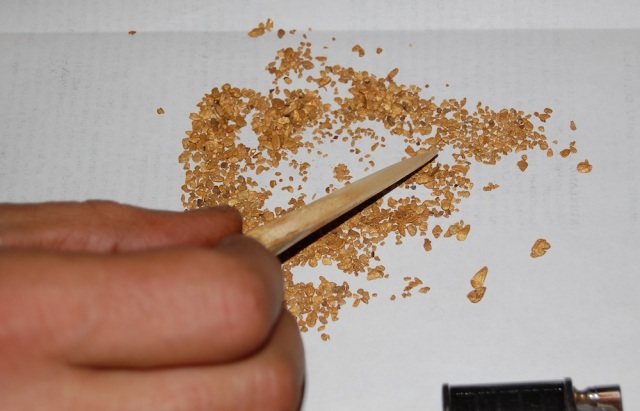 Close up view of the general size and shape of the gold recovered.